In the Summer of 1988, Howard Fine was at a crossroads in his career as a Master Acting Teacher in Los Angeles. Since 1985, he had been teaching classes at the Tracy Roberts Studio. During his time there, enrollment at her studio had doubled. Actors from all walks and experience levels clamored to study with Howard and take his 12-week “Intensive Technique Class.” The demand to study with Howard became so great that the need for him to set out and start his own studio was inevitable. After a tearful goodbye to Tracy and her studio, he set off to find a home for the Howard Fine Acting Studio. His search led him to the Callboard Theatre on Melrose Place.

While best known as the “stand-in” for the fictional “Cascade Theatre” in Brian DePalma’s 1984 thriller “Body Double,” the Callboard was originally built as a temple for the famous preacher, Aimee Semple McPherson. The theatre went on to become one of L.A.’s busiest small theaters in the 50’s. During it’s lifetime, it housed two Tennessee Williams plays, the premiere of John Cassavetes’ “East/West Game,” the world premiere of “ Stand by Your Beds, Boys” (the longest running comedy in Los Angeles at the time), as well as Howard Fine’s L.A directorial debut, “G.R. Point,” starring Craig Sheffer.

Conducting classes in a working theatre was not without its challenges. Classes had to be scheduled around production rehearsals and performances, and students were at the mercy of whatever the current show’s set was. Somehow Howard was able to make it work. He continued to teach the 12-week Intensive course, as well as his Master class. He also began a weekly audit for perspective students, a tradition that he continues to this day. As his reputation as an actor’s “secret weapon” increased, the ongoing waitlist for the Monday night Master class prompted Howard to leave the Callboard Theatre and move to a space that could accommodate those anxiously waiting to enroll. Finally he would have a space dedicated to the sole purpose of actor training.

In 1989, the Howard Fine Acting Studio moved to it’s new location on Robertson Boulevard, between Olympic and Pico. Without the constraints experienced at the Callboard Theatre, the studio flourished. Not only did Howard continue to teach his Technique and Master classes, he was able to teach an ongoing Intermediate Scene Study class as well. Eventually, the number of students had increased so much that another Master Acting Teacher was hired to accommodate the growing number of students.

While so many teachers in Los Angeles were concentrating on “tricks” and cold reading methods, Howard was training actors to be serious about their craft. They were being taught to become strong, confident, “director-friendly,” and even “director-proof” actors, and the industry was taking notice. Agents, managers, casting directors, and directors were either looking for actors with Howard Fine Acting Studio on their resume or were recommending it as a place for strong, quality training of the craft.

After five years, the Howard Fine Acting Studio began to outgrow the Robertson location, leading to an exhaustive search. Howard finally came upon a vacant furniture store on Melrose Avenue, and while it didn’t exactly scream “acting studio,” it did have what was needed: space. So, with a little imagination and a whole lot of elbow grease, it was turned into a beautiful art deco performance space with a main stage, a smaller “studio” theatre, and an additional large multipurpose room that could be used for coaching. To commemorate the opening of the new space in 1994, there was a lavish party at the Studio with a ceremonial ribbon cutting by six-time Golden Globe nominee Heather Locklear and Emmy Award winner Garry Shandling.

Having these additional work spaces meant that the Studio could have multiple classes going on simultaneously. As more and more students graduated from the Technique Course, the curriculum needed to grow as well. Howard brought in current teaching staff member, Laura Gardner, to teach another section of the foundational technique class. Eventually there were not only two sections of Technique, but six Scene Study Classes as well!

The Studio began to offer supplemental courses in Improv, Solo-performance, Alexander Technique, Personalization, and Voice, making it one of the few non-academic acting schools to train the “complete actor.” Two of the “supplemental classes” offered by the studio and created by it’s faculty (Marilyn McIntyre’s “Personalization” class, and Voice Director, David Coury’s “Speech and Singing for Actors”) have become core curriculum for actors at the Howard Fine Acting Studio.This was an exciting time at the Studio as things were changing and evolving. This studio would continue to flourish and be the creative home for the Howard Fine Acting Studio for the next 10 years.

In 1997, the Howard Fine Acting Studio had the honor of hosting iconic actress and acting teacher, Uta Hagen. While Howard had never studied with Ms. Hagen, many of the teachers at the Studio had. Her books, “Respect For Acting” and “ A Challenge for the Actor,” had a tremendous impact on Howard and were the foundation of his teaching. “A Challenge for the Actor” along with Boleslavsky’s “Acting: The First Six Lessons,” and Howard’s own book, “Fine on Acting: A Vision of The Craft,” became required texts for all the actors.

For two weeks, Ms. Hagen taught morning and afternoon Master classes, giving actors the benefit of her years of teaching and performing, as well as the opportunity to study with one of the Greats. This two-week period at the Studio was filmed and portions of it were included on Ms. Hagen’s teaching video: “Uta Hagen’s Acting Class.” This video remains the only complete record of Ms. Hagen’s teaching and continues to be viewed by actors all over the world. (Current faculty member, Marilyn McIntyre, can be seen doing Ms. Hagen’s Object Exercise #10: “Historical Imagination.”)

In 2004, after ten years at the Melrose Avenue location, it was once again time to move as the space was no longer suitable for the growing Studio. While on the hunt for a new space, Howard was shown a beautiful, old theatre, the Hollywood Playhouse, on Las Palmas Avenue and Sunset Boulevard that had been sitting vacant and neglected for 10 years.

After a massive renovation, the Howard Fine Acting Studio was ready to move into it’s new home. It had been turned from a drab, decaying space into lively theatre and studio complex, painted in bright colors to represent a crayon box. Once again, Garry Shandling and Heather Locklear were on hand to cut the ribbon at the Studio’s star-studded opening gala, which included performances by Deborah Gibson and The Pussycat Dolls, as well as a special ceremony to dedicate the secondary space to the late Uta Hagen.The Howard Fine Acting Studio thrived for many years at the Hollywood Playhouse, offering additional classes and using the large theatre for a variety of performances. There were productions of “Talking With” and “The Vagina Monologues,” as well as a yearly benefit directed by Howard called “In Concert,” a celebrity concert whose proceeds benefit Project Angel Food.

Eventually, the years of prior neglect began to take it’s toll on the building. Despite all of the renovations, the roots of the large avocado tree in the building’s courtyard were growing under the building, making plumbing a constant problem. Every rainstorm introduced more and more leaks in the ceiling and every small earthquake brought the fear that the entire theatre would collapse. These construction issues led to the decision to find a new home . . . and not a moment too soon because a week or so before the Studio started it’s move, a plumbing issue above the Studio office caused the ceiling to collapse!

Finding a new location was not an easy task. New spaces were looked at almost daily. As the lease on the Hollywood Playhouse was nearly up, offers were made on two locations, both of which fell through. With only a few months left before the Studio needed to vacate the Playhouse, it was beginning to seem like, for the first time since 1988, that the Howard Fine Acting Studio would be homeless. However, just in the nick of time, a space became available above a furniture shop. It was kismet! The space was beautiful, bright, and airy with gorgeous high ceilings, and large enough for two performance spaces, as well as a private studio for David Coury and his “Speech and Singing for Actors” Program. Renovating and customizing the space began immediately with a work force comprised entirely of students and friends of the Studio. It was transformed into a lovely and functional studio space for learning and performing — and a space that can now be called a permanent home for the Howard Fine Acting Studio.

In 2011, a team of enterprising actors and entrepreneurs based in Melbourne, Australia contacted Howard in the hope of convincing him to host a four-day Master Class in Sydney and Melbourne. After a series of discussions (and after initially saying “no”), Howard was destined for ‘the lucky country’ in June of that year. The Master Classes were a sellout sensation, attended by hundreds of actors. The overwhelming response to the work was the genesis for the Melbourne-based Australian Studio. This led to a series of transatlantic flights, late-night Skype conversations, and caffeine-fueled discussions to organize the logistics of making such a venture possible. Just four months later, Howard returned to Australia to host another Master Class and to launch the Howard Fine Acting Studio, Australia. The HFAS, Australia is a thriving artistic hub with at least one member of the LA-based faculty at the Studio at any one time for ten months of the year, providing a comprehensive catalogue of training programs. With Howard positioned as the Artistic Director of the Australian studio, the “everyday” elements of running the Studio ware the responsibility of a creative, small, innovative team of organizers and administrators. The HFAS, Australia has had a huge and lasting impact in Australia and is playing a leading role in the evolution of the performance landscape.

In its almost 30 years in Los Angeles, the Howard Fine Acting Studio has established itself as one of the premier acting schools in the country. It continues to be a place where the craft of acting is taken seriously. The Howard Fine Acting Studio prepares actors to go out into the professional arena with a set of tools they can use for the rest of their lives. It’s also a place where actors can always return to and continue to develop and hone the craft of acting in a respectful, focused, and nurturing atmosphere. 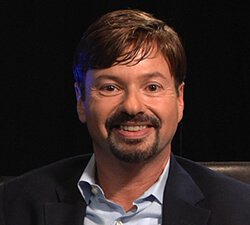 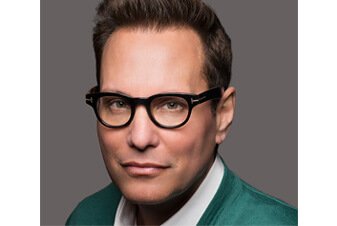 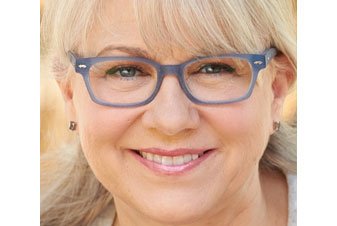