Risk being spectacular; dare to be amazing.

For over a quarter of a century, Howard Fine has built an unshakeable reputation as the most gifted acting teacher in the business. In 1985, Howard began his career in Los Angeles by privately coaching students in his living room, but in 1988 had to expand to accommodate his growing classes. He became an instant and enduring sensation, a “first call” for actors and their representatives, who know Fine’s direction can define careers. His studio relocated three times before occupying its present location in Hollywood. He received recognition for his teaching in 2006 when named “Best Acting Teacher in Los Angeles” in Backstage’s ‘Best of Los Angeles’ issue.

As a lover of the craft, the art, and ultimately the powerful magic of acting, Howard Fine is one of the few elite acting experts who has devoted his primary career to perfecting the teaching and coaching of professional actors. His outstanding reputation is the product of his remarkable expertise uniquely coupled with his extraordinary gift to inspire. Fine all but explodes the myth of the screaming, bitter acting teacher that potential students fear. Fine’s philosophy reflects that of his mentor and close colleague Uta Hagen. 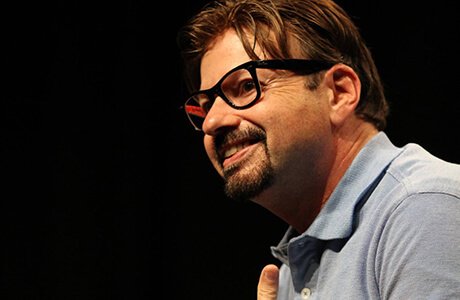 You’d have to ask my students. But I can say this about myself: I chose to teach. I’m not angry; I’m not jealous of my students. I’m tough as nails, but I’m not mean. I don’t yell and scream. I think teachers that scream have mood disorders. It’s also usually a smokescreen for what the teacher doesn’t know. My critiques can be quite devastating, not because I’m trying to be but because I’m specific. The acting teacher needs to be consistent and clear. They should have goals defined for each and every student. Some coaches allow the entire class to critique. This is dangerous and wrong. The acting teacher needs to give the actors a few key things to work on each class. If you overload the actor, they feel defeated and unable to move forward. The teacher needs to know the difference between teaching and directing.

‘I have viewed and worked with many actors. Howard Fine’s technique is a contributing factor to those actors that consistently stand out to me. I see that the actors are more thorough in their fullfillment of the characters that they bring to life.’

‘After just a few days into Howard’s 12-week intensive, it dawned on me. I had been in LA for seven years but after working with Howard and his colleagues, for these few days, I understood that my work had truly just begun.’

‘Howard Fine is an extremely skilled teacher. He has the ability to help actors create beyond their own experience in a way that is both exciting and compelling. Personally, I feel he is one of the greatest acting teachers working today.’

‘As actors, we copiously search websites and hit acting schools all over town, desperately trying to find just the right fit. From my experience as a working actor, as well as what I learned by wasting time and money at other studios, I can honestly say that Howard Fine is the best acting teacher. When I landed at the Howard Fine Acting Studio, I learned techniques which have helped me develop into the actor I had always dreamed of becoming. Whether you’ve been acting for two weeks or twenty years, Howard Fine has laser-focused insight, with which he can see and evolve your individuality, potential, and truth as an actor. Because of what I have learned from Howard Fine, I have the tools to consistently work at the top of my game, I am able to bring all facets of myself to vastly different kinds of material, and therefore… book more jobs!’